The club competed in their first out-of-state tournament. 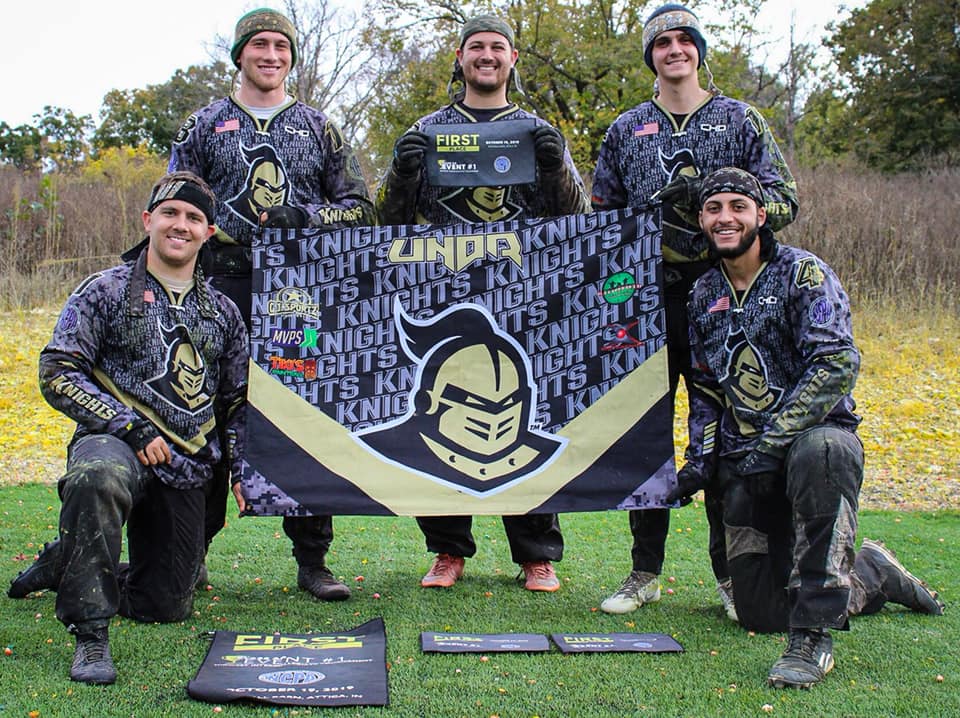 The Knights Paintball at UCF won its first national competition in two years at the Midwest Intercollegiate Tournament earlier this month. The National Collegiate Paintball Association (NCPA) hosted the tournament in Attica, Indiana.

The Paintball Barn, a well-known paintball park located in the state, hosted 11 teams from eight universities. The Knights defeated Akron, Ohio State, and Purdue to take home the title.

In the preliminary round, Knights Paintball placed second overall, despite losing the first two matches. These losses forced UCF to win their remaining two matches, including a victory over the Zips in which all the Knights survived without getting knocked out by a paintball hit.

In the semi-finals, the Knights defeated Purdue, again winning two games in a row without losing a single player. In the finals, UCF again defeated Akron to win the tournament.

This was UCF’s first ever out-of-state win. “[The tournament] could not have had a more perfect finish,” said Reese Stock, president of Knights Paintball and UCF senior Secondary Education major in the College of Community Innovation and Education.  The Knights only traveled to Indiana with five players which means they had no substitute players to compete.

Club members attribute the ongoing success of the program to their commitment to teamwork and boosting morale. To show that, they voted Stephen Boski, a junior at UCF, as MVP of the tournament. Boski is studying Biomedical Sciences in the College of Medicine and the team says his performance in the semifinals was crucial to the tournament win.

Knights Paintball is one of the top programs in the country. Since joining the UCF Sport Clubs Council in 2014, the team has won two national championships and finished national runner-up three other times. Club teams raise money and depend on the generosity of the council and UCF Student Government for funding to travel to tournaments.

“Thank you to the UCF Sports Club Council,” Stock said, “We could not have been able to without your financial support.”

For more information on the UCF Sport Clubs Program, contact Assistant Director Andrea Snead by phone at 407-823-2408 or by email at andrea.snead@ucf.edu